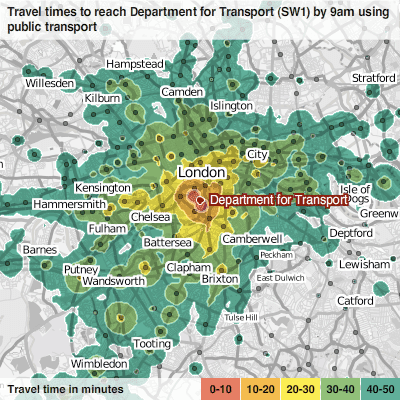 Posted by Unknown at 6:00 PM No comments:

From Discover (via 3quarksdaily):
The never-repeating geometry of quasi crystals, revealed 500 years early

The mosques of the medieval Islamic world are artistic wonders and perhaps mathematical wonders as well. A study of patterns in 12th- to 17th-century mosaics suggests that Muslim scholars made a geometric breakthrough 500 years before mathematicians in the West.

Peter J. Lu, a physics graduate student at Harvard University, noticed a striking similarity between certain medieval mosque mosaics and a geometric pattern known as a quasi crystal—an infinite tiling pattern that doesn’t regularly repeat itself and has symmetries not found in normal crystals (see video below). Lu teamed up with physicist Paul Steinhardt of Princeton University to test the similarity: If the patterns repeated when extended infinitely, they couldn’t be true quasi crystals.

Most of the patterns examined failed the test, but one passed: a pattern found in the Darb-i Imam shrine, built in 1453 in Isfahan, Iran. Not only does it never repeat when infinitely extended, its pattern maps onto Penrose tiles—components for making quasi crystals discovered by Oxford University mathematician Roger Penrose in the 1970s—in a way that is consistent with the quasi crystal pattern.

Among the 3,700 tiles Lu and Steinhardt mapped, there are only 11 tiny flaws, tiles placed in the wrong orientation. Lu argues that these are accidents possibly introduced during centuries of repair. “Art historians always suspected there must be something more to these patterns,” says Tom Lentz, director of Harvard University Art Museums, but they were never examined with “this kind of scientific rigor.”

Just read this one, took me about half an hour, and it's fantastic.
It is a great exploration into the origins of a famous photography (via Junk Charts and Errol Morris' blog), but with a fine archaeological - and also forensic/detective - method. Errol Morris (of Fog of War and Thin Blue Line factuals fame) digs deep to get at the bottom of the controversy, and the whole journey is fundamentally archaeological, with all the intricacies, doubts, and dilemmas that surround archaeological interpretation.
Find here the link to the whole text. 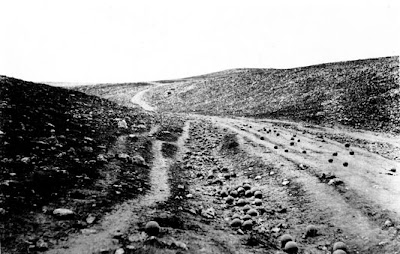 Fenton, Roger. Valley of The Shadow of Death. Harry Ransom Humanities Research Center, The University of Texas at Austin.
Posted by Unknown at 5:17 PM No comments: